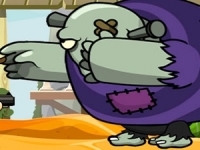 EG Ranger Zombies is very cool game in which you are the brave ranger, kills zombies in the air and on land, with shotgun and special skills ranger calling: firestorm, lightning and cold ice. To collect all the items, improvements, coins and prove you’re the best in the WORLD RANGER! Ecaps Games with tons of games for all ages and bringing fun to player Play free online games Have fun! EG Ranger Zombies is a terrific game which you can play for free in in y10000-games.com. With EG Ranger Zombies game, we supply many cool Y10000 games to play at no cost.

Use Left Mouse button to Play